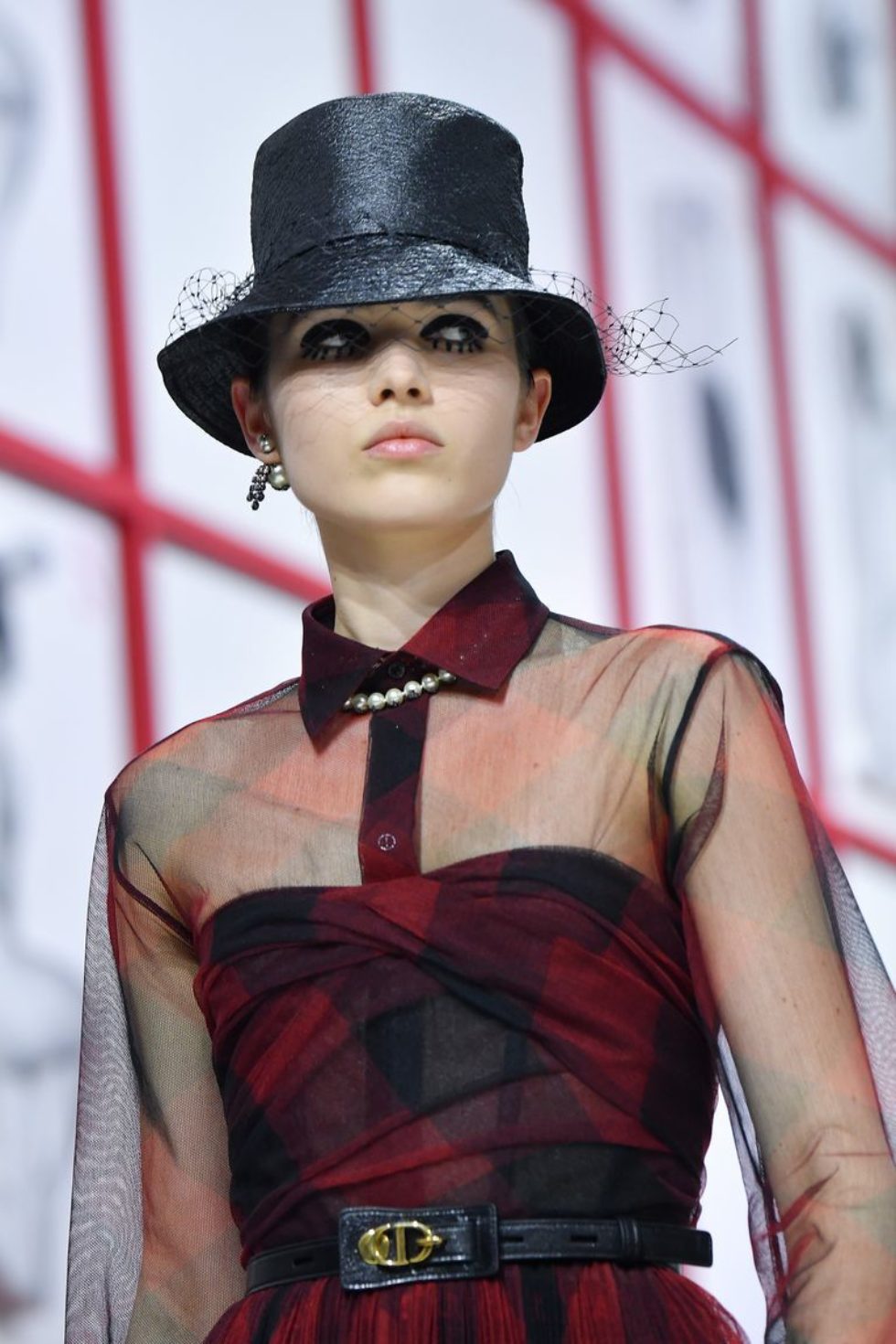 Something was hidden under Dior’s veiled bucket hats, but alas, it wasn’t a free saddle bag. Instead, the in-the-know detail was a wowzer! graphic eye by Peter Philips, who called it “a cartoon” based on the ’60s fashion fantasy film, Who Are You, Polly Magoo? (It’s on Amazon Prime if you’re all done with Russian Doll…)The black-on-black look used Diorshow’s matte black

eyeliner to color in the entire top lid, along with giant drawn-on lashes (“really they are long rectangles, not even lines,” Philips said backstage) along the bottom. A generous coat of Maximizer 3-D and black mascarasealed the deal, with lips and brows played down for maximum lash focus.
Share