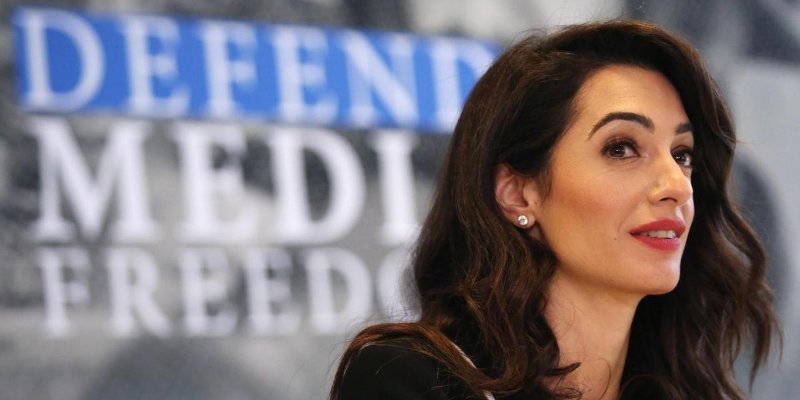 The United Kingdom’s Special Envoy for Media Freedom, Amal Clooney takes her job very seriously. In a new interview with The Guardian, the lawyer called out American President, Donald Trump on his negative attitude towards the media.

The human rights lawyer is leading a campaign aiming to crack down on media censorship. Amal has blamed Donald Trump for the negative terms used to describe journalists by authoritarian world leaders.

“Some of the language used about journalists by authoritarian leaders is inspired by the language that came from the US president,” she told the publication.

Amal’s hopes to put an end to the harassment of journalists, and to help implement solutions to stop members of the press from being wrongfully imprisoned or censored. Ever since coming into office, Trump has taken to branding any news that criticizes him as ‘fake news’, describing journalists as ‘dishonest, terrible people’ and painting the media as an ‘enemy of the people’.

“If world leaders are becoming more united and more innovative in finding ways to silence the press, shouldn’t we as defenders of the press do the same.” In order to point an end to media censorship, the lawyer suggested putting forward sanctions against individuals, including ministers, abusing human rights, such as the right to free expression.

“All I can do as a human rights lawyer is keep trying to move an issue further up the to-do list and keep pushing so where a country is wavering they are more likely to do something than not. But yes, it is a pretty bleak landscape when it comes to accountability for human rights abuses,” Amal explained.