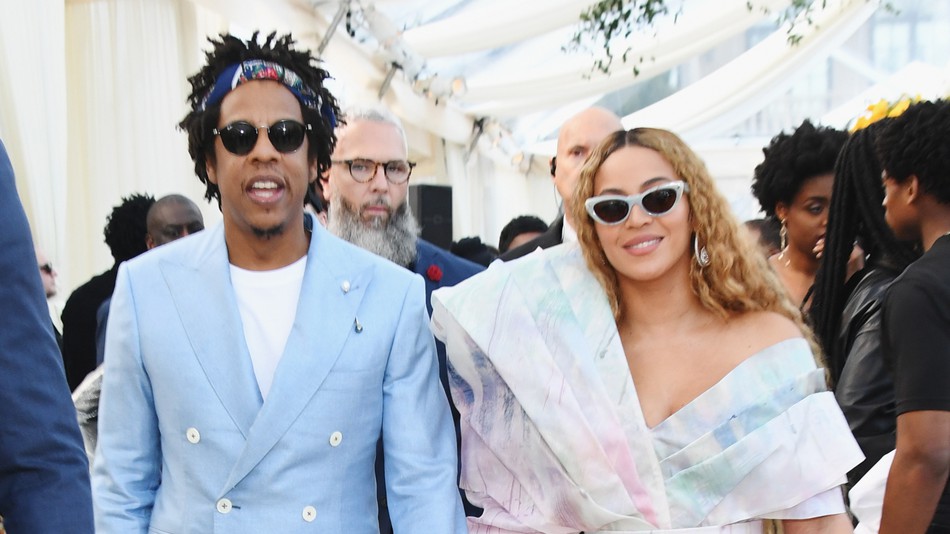 When Beyoncé and Jay-Z accepted the Vanguard Award at last night’s GLAAD Media Awards in Los Angeles, they did so in elegant style. The couple, who was honored for their work promoting equal rights for the LGBTQ community, arrived at The Beverly Hilton in dual takes on tuxedo dressing. They appeared perfectly matched with Jay-Z in a pale pink single-breasted blazer and pleated shirt from FRÉRE and Beyoncé wearing tulle accented heels and a black Alexander Wang mini-dress that mimicked the lines of his tux.

Of course, the fashion came secondary to the night’s message of acceptance and hope. The pair were introduced by Beyoncé’s longtime stylist Ty Hunter, director Lena Waithe, and writer Janet Mock, and took to the stage to share their experiences with identity and the LGBTQ family members who helped shape their journey. Jay-Z spoke of his mother Gloria and her coming out, referencing her acceptance speech from last year’s ceremony when she was honored with a special recognition award for the song “Smile.”

Beyoncé praised her late Uncle Johnny who helped to raise her and her sister Solange in a poignant speech. “He lived his truth, he was brave and unapologetic during a time when this country was not as accepting,” said the star who teared up when recalling her uncle’s battle with HIV. “I’m hopeful that his struggle served to open pathways for other young people to live more freely. LGBT rights are human rights.”