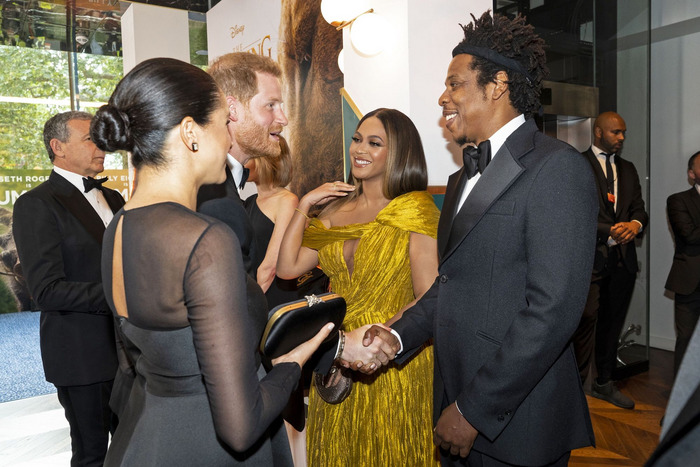 Markle and Beyoncé have finally met in person. The two were seen chatting at the London premiere of Disney’s The Lion King on July 14, probably talking about how amazing they both are.

a royal affair at the European premier of Lion King as The Duke and Duchess of Sussex joined Beyoncé and Jay-Z on the orange carpet.

It is believed to be the first time that the couples have met but they greeted each other warmly and shared a brief conversation about their busy schedules and children, with Jay-Z telling new father Harry: “Always find some time for yourself.”

I’ve got a feeling this is what you might hVe been waiting to see 😉 pic.twitter.com/eICJgwlrJk

Meanwhile, Beyoncé, who plays Nala in the film, opted for a yellow, asymmetrical Cong Tri gown featuring a thigh-high slit.