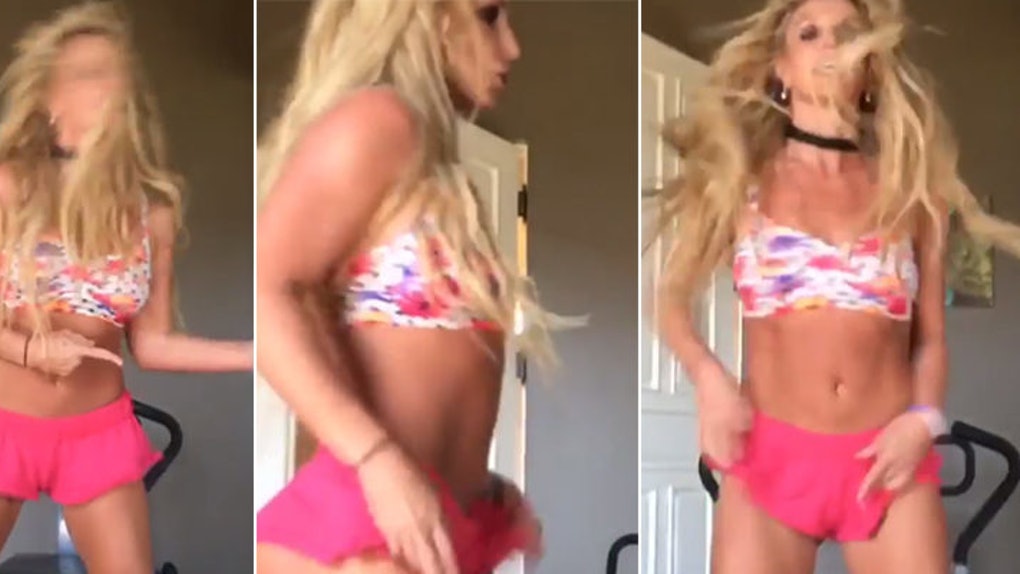 It is pretty hard to keep a super-active person indoors for a period of 2 weeks… Britney Spears quickly got bored with the compulsory self-isolation and decided to chip in something entertaining for her fans.

She first claim a 100-meter dash in 5 minutes and got so many eyebrows raised. Then she opted for a fashion show of her trying some brightly colored clothing items from her wardrobe. And oh, she quickly deleted the post about the 100-meter dash, guess that was a joke.

“I was tired of being still so I got up to go dance in this orange dress 💃🏼 ,” she wrote in the fashion show post. “….. and do you know what I just learned today ??!? That orange symbolizes wealth, success, stimulation, happiness, fun, balance, sexuality, enjoyment, expression, heat, sunshine, and warmth ☀️☀️☀️☀️☀️🧘🏼‍♀️ and that’s how I felt when I put it on !!!!!!” Finally, Brit acknowledged the running claim. “PS …. obviously I was joking about running the 100 meter dash in 5.97 seconds …. ,” she wrote. “The world record is held by Usain Bolt which is 9.58 seconds …. but you better believe I’m coming for the world record 😂 !!!!”