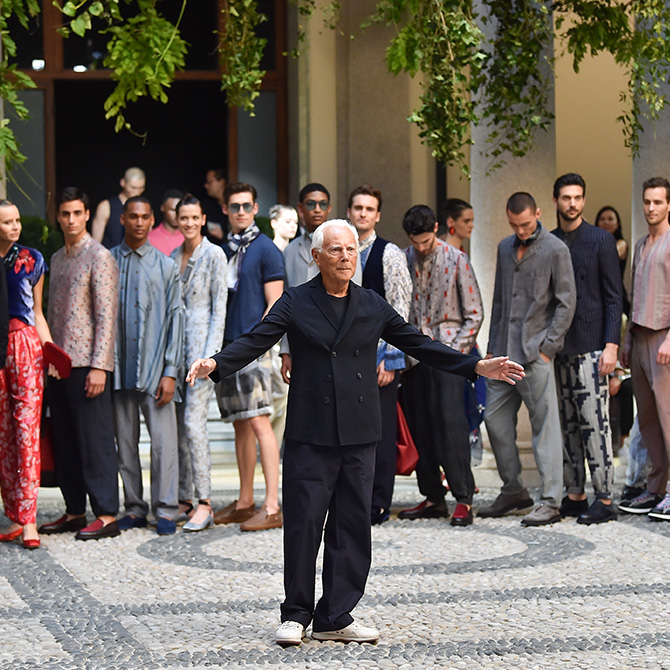 Italian designer Giorgio Armani announced on Tuesday, 4th January that he has cancelled his live fashion shows for this month for his Armani Prive at haute couture in Paris as well as his fall 2022 menswear collection and fall 2022 Emporio Armani collection expected to be showcased at Milan men’s fashion week scheduled for the 18th-23rd January. This decision was made based on his concern on the new omicron variant running rampant across Europe.

A statement from Armani read: “This decision was made with great regret and following careful reflection in light of the worsening epidemiological situation”.

Armani also expressed that “the shows are crucial and irreplaceable occasions” but he felt obligated to protect people and furthermore said that the “Health and safety of both employees and the public must once again take priority”.

Armani is the first Italian fashion house to cancel its upcoming shows this year. This has sent out a question whether this may be the “domino” in a series of future fashion cancellations. Although no other fashion label has followed in the steps of Armani.

Looking back, Armani was the first to shut his doors for his autumn/winter 2020 Milan women’s ready-to-wear collection following a reaction to health concerns and the fashion world accused him of overreacting. However, within weeks a lockdown commenced.

In cancelling his events once again, this cast an important message that the pandemic is far from over.