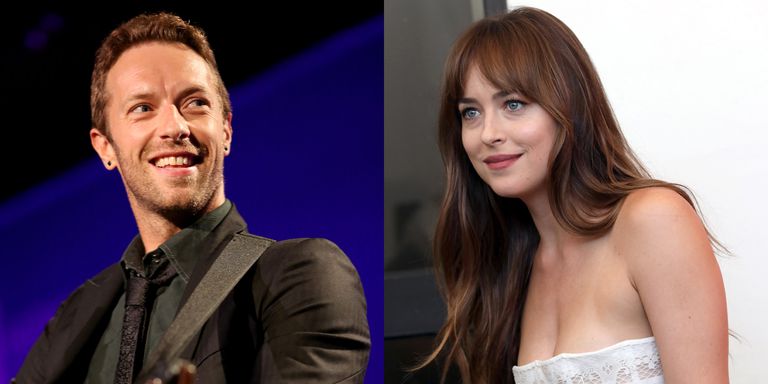 Dakota Johnson and Chris Martin have kept their relationship mostly private over the past year, although there have been a couple tabloid reports about how “serious” they were getting, a few photographed dates, and one debunked pregnancy story. Today, Us Weekly has a rare update: “They’ll be engaged soon,” a source told the outlet. “Chris is head over heels. [He likes that] she doesn’t thrive on the spotlight and is very understated.”

Martin has reportedly held off popping the question to Johnson so his ex-wife Gwyneth Paltrow could get married to her now-husband Brad Falchuk first, which Paltrow did back in September in the Hamptons. She shared full photos of her wedding in November.

Martin also delayed making his own relationship more official for the sake of Paltrow and Martin’s children Apple and Moses. “He wanted to make sure the kids didn’t have too much change all at once,” the source said.

Johnson and Martin were first reported to be dating last October. (They returned to the restaurant they were seen on their first public date at, LA’s Sushi Park, last month.) The two went almost an entire year before publicly commenting on their relationship. And even then, Johnson made it clear in her first remarks that it was going to remain private. “I’m not going to talk about it,” Johnson told Tatler, per E!, when asked about her and Martin’s romance. “But I am very happy.”

Prev. article Next article
Two Arab contestants have made it to the Miss Universe 2018 final
TOP