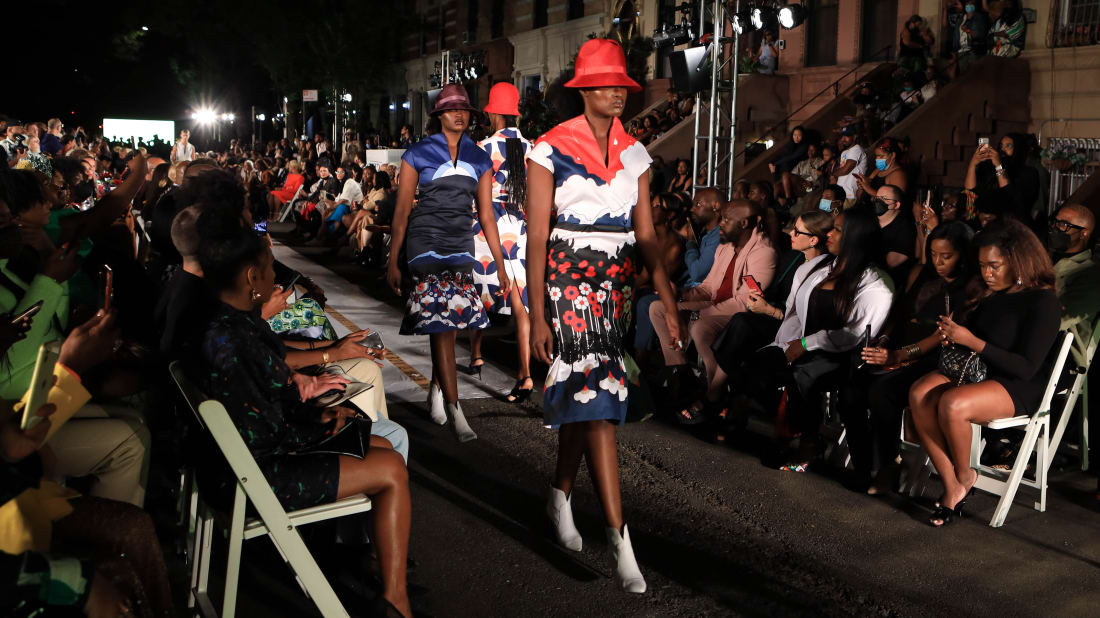 Designers Christian Siriano, Brandon Maxwell and Gabriela Hearst are seen amongst those showcasing their Spring-Summer 2022 collections at the New York Fashion Week.

Covid-19 played a major role in enforcing recent editions to be viewed online, but the majority of this season’s shows will take place in-person. Attendees will, however, be required to show proof of vaccination, according to organizers.

Even though several labels have stuck with virtual showcases, some others are opting for the grandest of real-world locations: Ulla Johnson is taking over the Brooklyn Botanic Garden and LaQuan Smith is hosting his show at an American landmark, the Empire State Building. Famous models are also making a welcome return to the catwalk, with Gigi Hadid walking for Proenza Schouler and plus-size models Precious Lee and Candice Huffine starring in Christian Siriano’s body-positive show.

And New York Fashion Week naturally enjoys a slew of celebrity-studded front rows, with the likes of Katie Holmes, Alicia Silverstone and Lil Kim already pictured in attendance. The week-long schedule runs through Sunday, September 12, closing out with a show by American designer Tom Ford. The following evening then heralds the return of one of fashion’s biggest nights: the Met Gala, which promises a star-studded red carpet filled with meticulously planned ensembles.

Here are photos as seen at the ongoing event.