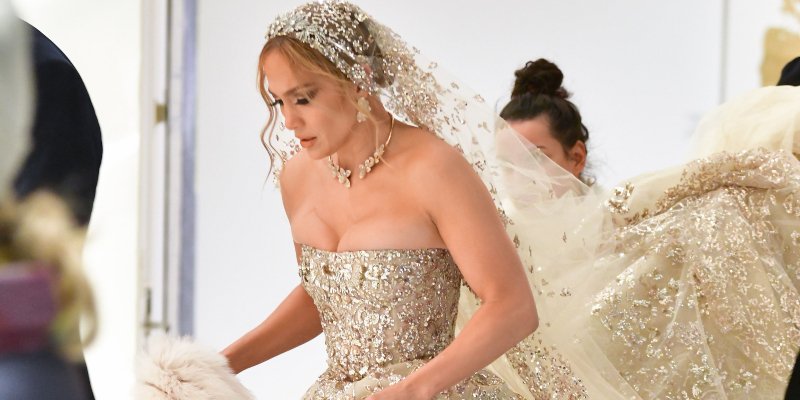 It wasn’t the wedding dress for her nuptials to longtime boyfriend Alex Rodriguez – we’re still awaiting that big day after their Italian celebration had to be postponed “indefinitely” – but for her latest film Marry Me.

The short clip shows her character about to marry a music star in glamorous ceremony for which the Zuhair Murad gown was chosen, but after finding out he has been unfaithful, she spots Owen Wilson’s character and decides to marry him.

The rom-com is due to be released in cinemas February 12 2021, just in time for Valentine’s Day, and is already making us feel nostalgic for some of her previous cheesy but heartwarming films such as The Wedding Planner and Monster-In-Law.

Prev. article
Lucia Pica, Chanel global and creative makeup collection you need to look your most chic this season
Next article
Selena Gomez is a fan of Huda Beauty
TOP