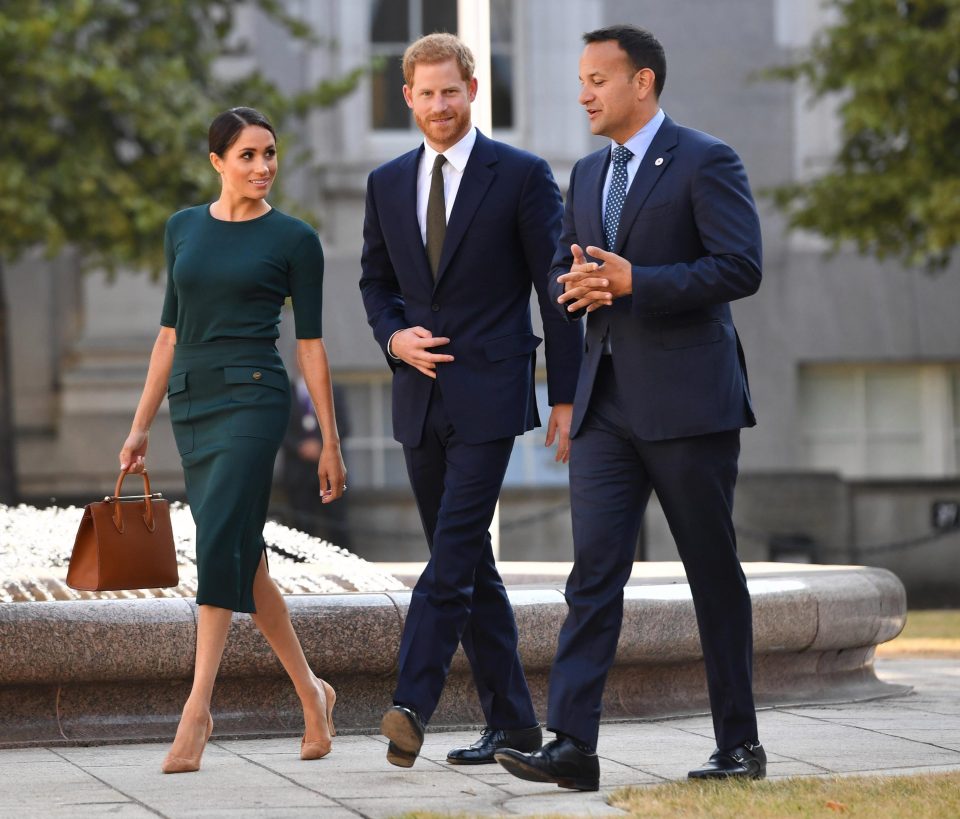 MEGHAN Markle is expecting her and Prince Harry’s first child in the Spring of next year, it was revealed this morning.

The good news came just hours after the Duke and Duchess of Sussex touched down in Australia for their first major royal tour together.

The announcement five months after their big day has sparked speculation that the royal tot was conceived on their mini-moon to Dublin – or even at a pal’s wedding.

It’s thought the seventh in line to the throne could be traced back to Harry’s best friend Charlie Van Straubenzee’s nuptials on August 4, when the couple were spotted looking loved up and celebrating her 37th birthday.

Others have speculated that the tot could have been conceived during their royal tour to Dublin in July, their first trip together as a married couple.

The Duchess of Sussex was seen enjoying a glass of champagne during the British Ambassador’s annual summer party at Glencairn House, suggesting she was not pregnant or didn’t know she was at that point.

Prince Harry was even asked on the trip if he and Meghan were trying for a baby when one woman said: “My husband also has red hair and he gave me five children – when are you and Meghan going to get going?’ – to which he replied: “Five children? Too many”.

What we know so far: