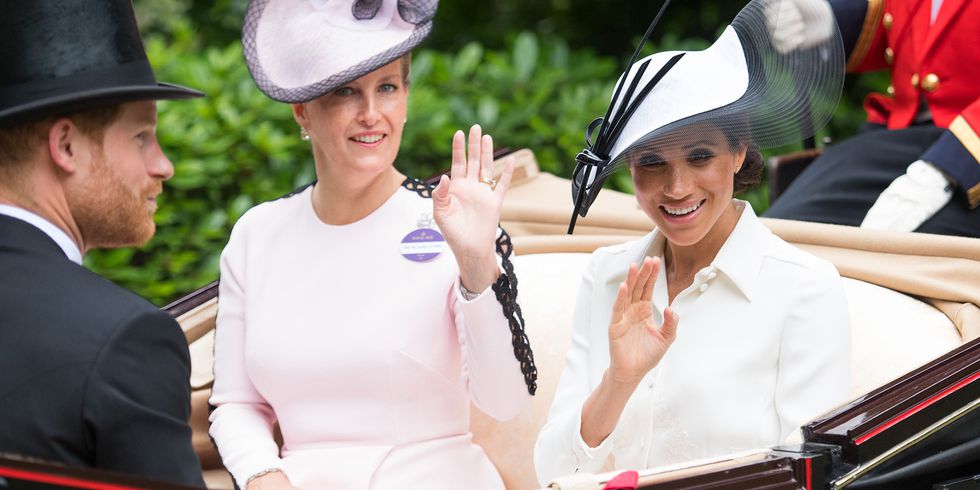 Another major first as a royal family member, attending her first Royal Ascot. The Duchess of Sussex rode with Prince Harry and the Earl and Countess of Wessex in a carriage for the horse race’s opening.

She wore Givenchy again—a favourite for major events so far, including her wedding and first solo outing with the Queen—with a Philip Treacy hat.

Her debut comes promptly after her May wedding, while her sister-in-law Kate Middleton did not make her Ascot debut until five years after she married Prince William. Emily Nash, Hello!‘s royal correspondent, explained, “William and Kate’s focus was on his job and the children for a while, but they’ve stepped up their royal duties in the past couple of years. If Meghan goes, it’s in keeping with her doing so much else already.