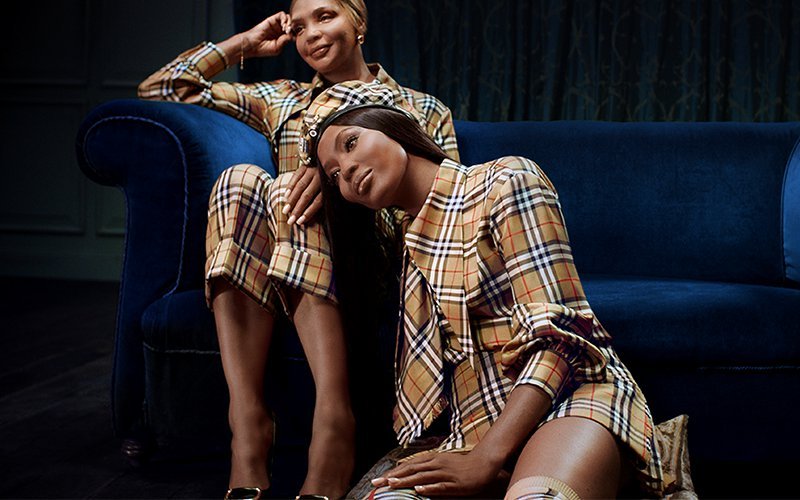 The film, as seen through the unexpected lens of British artist and photographer Juno Calypso, celebrates the eccentricity of the British festive season. M.I.A and Matt Smith can be seen sitting in a cafe beneath a television, showing the unpredictable British weather, while Scott Thomas plays a Burberry-clad commuter on a delayed train with seats upholstered in the new Peter Saville-imagined house logo print. Meanwhile, Naomi Campbell and her mother Valerie Morris-Campbell can be seen sitting in a living room revealing pieces from the upcoming Vivienne Westwood & Burberry collection.

Naomi Campbell expressed her excitement saying “Being part of the festive campaign has been nothing short of incredible. Over the past few years, Burberry has become known for these campaigns and I feel honoured to take part in another one. I have always loved Burberry for its distinctive British feel and I am so excited to work alongside a cast which includes my own mother, Valerie. Working with her brought back so many memories of the holidays and traditions I had growing up – so that felt extremely special.”