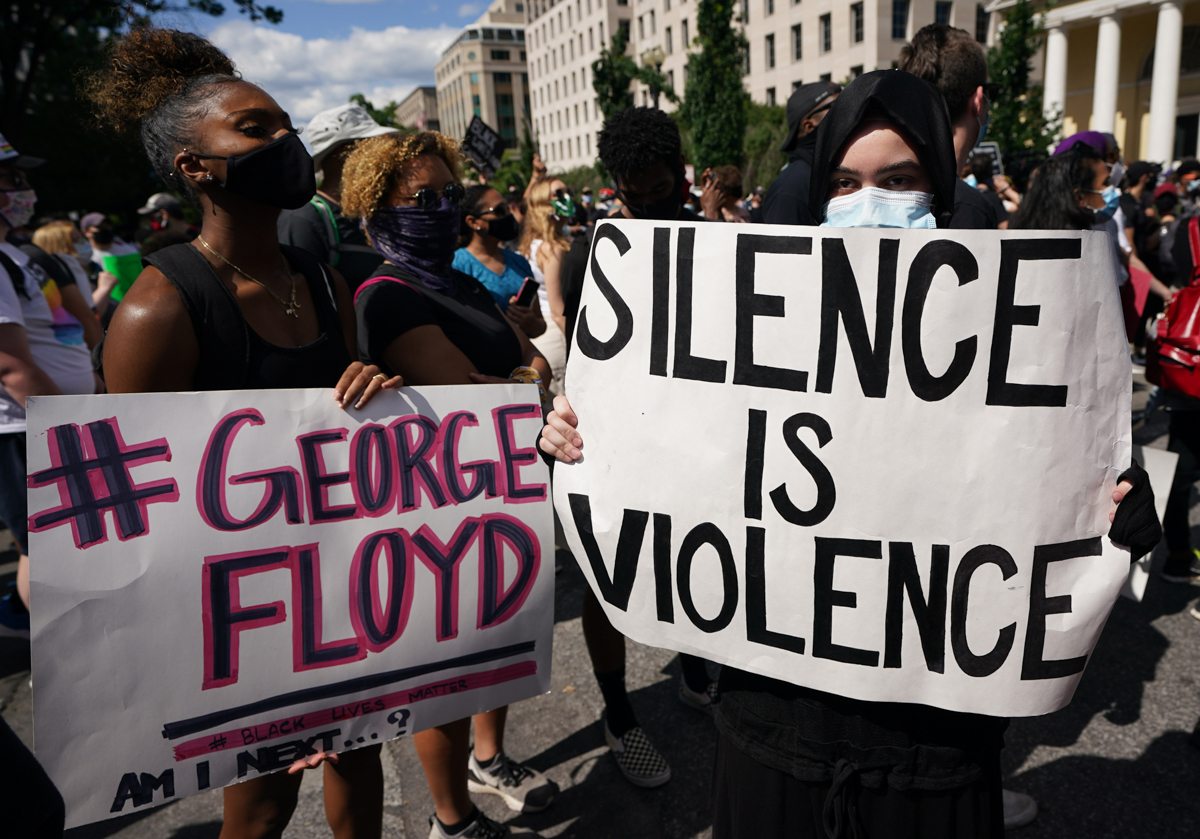 Paul Andrew, Tommy Hilfiger and Chloe Gosselin were seen on social media this weekend to state their solidarity with the new civil rights movement.

Following the death of George Floyd in Minneapolis on May 25 as well as the deaths of Breonna Taylor and Ahmaud Arbery earlier in the year, the U.S. continues to see protests and intense civil unrest across the country. Designers and brands are beginning to take a public stance on the new era of a civil rights movement — a first for many, who remained silent when the Black Lives Matter movement began in 2014 following the death of Michael Brown in Ferguson, Missouri.

“What is happening in this country is not OK,” the designer wrote on his personal Instagram account. “What happened to George Floyd, Breonna Taylor and Ahmaud Arbery — and countless others — is not OK. We need action. To achieve change we have to be fearless in speaking out and standing up for what is right.”

“For over 35 years, we have sought to make a meaningful difference in people’s wardrobes as well as in their communities. We have looked to shine a light on not just what people stand in, but also what they stand for; not just what’s on their bodies, but also what’s on their minds. I am grateful for the platform the industry has given to me and I feel compelled to speak up for individuals who have had their basic civil liberties compromised. Our brand has also always stood for equality, and raised awareness for social justice. As I recently said, “YOU’RE NOT BETTER THAN ME. I’M NOT BETTER THAN YOU. WE’RE ALL BETTER THAN THAT.”

“Racism goes much deeper than hate and we all need to actively fight it. There comes a time when silence is betrayal” wrote designer Ada Kokosar on her personal Instagram account, showing a video of Rihanna giving an acceptance speech at the 2020 NAACP Image Awards in February, where she urged the audience to encourage unity and allyship (“Tell your friends to pull up,” she said).

“White people have the responsibility today,” wrote designer Chloe Gosselin. “By standing up, being vocal, signing petitions, calling officials, doing peaceful protests — but most of all we are responsible to educate our children!” wrote the mother of two.

“I typically withdraw from social media when tragedy is happening around us, but I feel compelled to talk about this,” wrote Salvatore Ferragamo creative director Paul Andrew on his personal Instagram account. “This is definitively not the time to recluse about racism; this is the time to speak up and acknowledge that racism exists, no matter how uncomfortable that makes people feel,” he wrote.

“From an early age, I discovered the differences of skin color,” wrote the designer on his brand’s Instagram account. “As a kid, I could see and feel that I was darker than most of my school mates but it didn’t matter to me at the time. Much later I discovered this sadly powerful hate which is called Racism.”

“I’m as horrified as everyone, poor man, it’s tragic.⁠ Racism boils down to injustice by the rulers of the world.⁠ We don’t have democracy.⁠ At the protests: wear your mask, keep your distance.⁠ A long march is going to be very effective,” wrote the designer on her brand’s Instagram account on Monday.

“If you’re a racist, unfollow me. If you don’t care about what’s happening, unfollow me,” wrote Atwood on Monday.