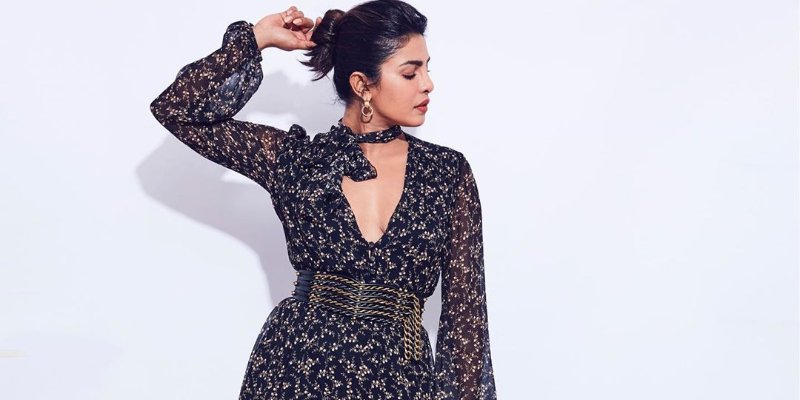 Priyanka Chopra set to take us into ‘The Matrix’

The Bollywood turned Hollywood superstar is reportedly joining the fourth sequel of sci-fi franchise The Matrix.

According to Variety, the former Quantico actress is in the final stage of talks becoming part of the highly anticipated Matrix comeback. If she signs on, Priyanka would joining an esteemed cast, including Keanu Reeves, David Mitchell, Toby Emmerich, Carrie-Anne Moss and Yahya Abdul-Mateen.

The first Matrix film was released in 1999, and since then has become a blockbuster trilogy, raking in more than $1.6 billion worldwide. The next film will be the fourth in the Matrix universe, but it is not clear yet if it will be a direct sequel. All we know is that Warner Bros. said that the up-coming action movie will be “set in the world of ‘The Matrix.”

This would be an exciting project for the 37-year-old actress, who is set to star in several films and shows this year. Weeks ago, it was announced that Priyanka is set to appear alongside Game of Thrones’ Richard Madden in Amazon Prime’s spy thriller Citadel.

That is not all for the actress, as she is also starring in two upcoming Netflix films: We Can Be Heroes and an adaptation of the Man Booker Prize winning novel The White Tiger. Not only that, but Priyanka and her husband Nick Jonas are producing a series together for Amazon Prime. The couple who wed last year revealed their latest project, Untitled Priyanka Chopra Jonas/Nick Jonas Sangeet Project, a reality competition series EP’d by the A-list couple and inspired by an Indian pre-wedding tradition called the Sangeet.

Despite how busy she clearly is, Priyanka makes time to support Nick, which includes playing his leading lady. The Bollywood beauty was joined by Sophie Turner and Danielle Jonas as the J-sisters reunited on camera for the Jonas Brother’s latest single, What a Man Gotta Do