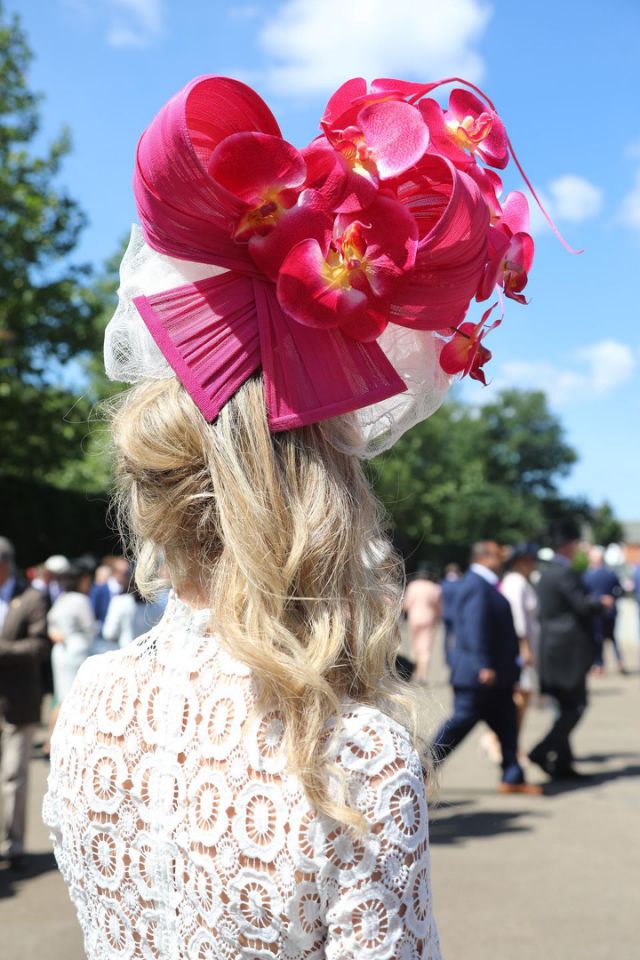 A third attendee in the dress was photographed close-up from the back, showcasing her pink floral hat.
Don’t know what to wear to a royal event? When in doubt, channel Kate Middleton. The Duchess of Cambridge’s fashion influence was apparent at the Royal Ascot this week, where three other women were seen in a white crochet Self-Portrait dress that she previously wore on the red carpet.

he Duchess first wore the look in November 2016 for the premiere of A Street Cat Named Bob, which she attended with her husband Prince William. The gown, featuring sheer cut-outs and a leg-slit was a daring look for the Duchess, but it showed her versatility in dressing for royal engagements and the red carpet. Fast forward nearly two yeas later, the snowy look is still influencing British fashionistas.

Though Middleton wasn’t present at this year’s Royal Ascot due to maternity leave, other attendees channeled her wardrobe. One Ascot goer wore a tea-length version of the dress with silver accessories.