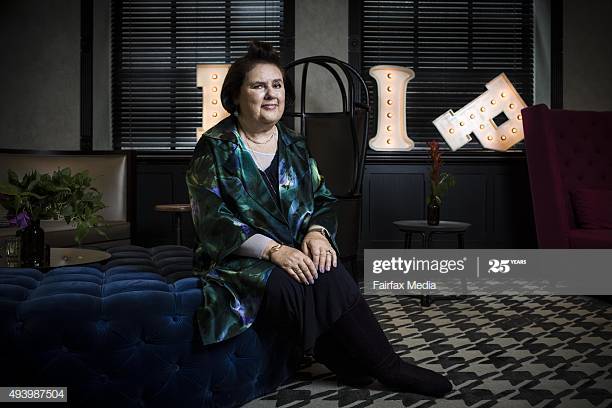 Suzy Menkes is a veteran fashion journalist and Vogue International editor and will be stepping down from her position in October. Her work appears in 21 international Vogue editions and has been translated into 15 languages.

“I have enjoyed every moment of my time as Editor, Vogue International, and I am proud of everything I have achieved at the company,” Menkes said in an email to BoF. “The current global situation has given me – and all of us – pause for reflection. And so it is time for a new adventure, which I look forward to with excitement.”

Menkes added that she will continue to “write, post, record and bring together the industry” on her own website and via Instagram, where she has more than 500,000 followers.

Following Menkes’ exiting, the annual Condé Nast Luxury Conference, which she spearheaded when she joined the company in 2014, has been cancelled. She brought some of the industry’s most important names to its stage, including Karl Lagerfeld, Maria Grazia Chiuri, Olivier Rousteing and Naomi Campbell. (Menkes previously played a similar role at the New York Times, which has also disbanded its luxury conference.)

The publisher posted in a statement on the Condé Nast International’s website about the cancellation of the event due to Menkes’ exiting, and also about the growing uncertainty of future conferences. These live events, which generate revenue through ticket sales and sponsorships, have, for the most part, been frozen because of the pandemic.

As one of fashion’s most high profile and independent voices, Menkes was one of Vogue’s most visible journalists. Previous to Condé Nast International, spent 26 years at the International Herald Tribune, now the International New York Times, where she rose to become one of the most important reporters and critics covering the industry. “She offers Trib readers verbal snapshots from the world of fashion, written in a staccato and toughtalking journalese-she’s a Fleet Street Diana Vreeland,” John Seabrook wrote in a profile of her in the New Yorker in 2003.

Menkes’ commentary in her decades as a fashion critic is legendary. She was famously banned from LVMH fashion shows in 2001 for her criticism. Contributing as a columnist to the New York Times’ T Magazine, Menkes also wrote critically about fashion bloggers in 2013, calling the group a “fashion circus.”

“There is something ridiculous about the self-aggrandisement of some online arbiters who go against the mantra that I was taught in my earliest days as a fashion journalist,” she wrote. “‘It isn’t good because you like it; you like it because it’s good.'”

Menkes plans to review the upcoming September shows, physical or digital, before leaving Vogue. However, the future of the medium is still uncertain. Though many brands plan to show in Paris in September, it’s not clear what form these shows will take. Some brands have begun showing collections online or skipping fashion week entirely.