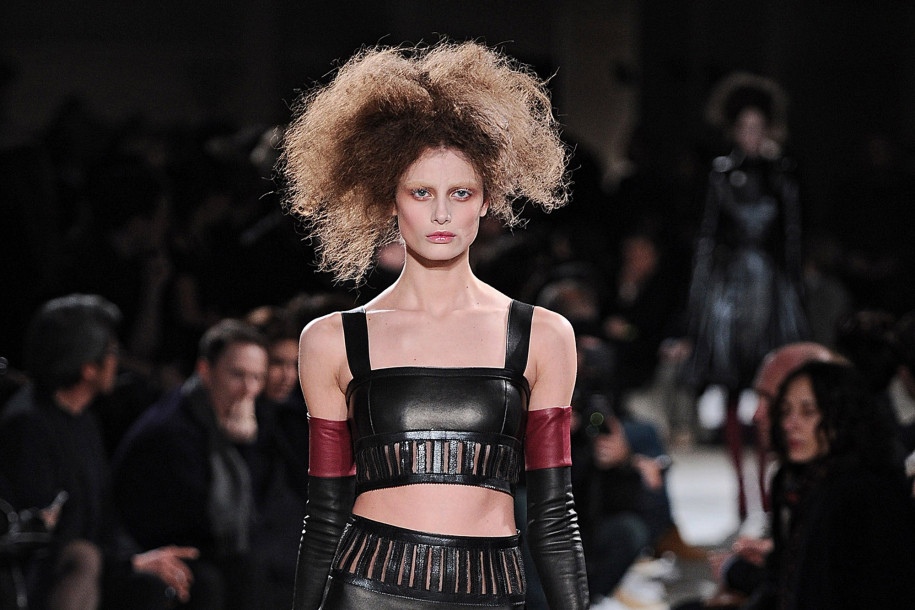 Taylor Hill was forced to bleach her eyebrows for a fashion show, she cried

Model Taylor Hill’s eyebrows are her most recognizable feature, and she tried as much as possible to be protective of them.

But when the 22-year-old got her start in the industry, she was asked to bleach her iconic arches for an Alexander McQueen fashion show — and it didn’t go over well.

“I was 18, and it was my first major London Fashion Week. My eyebrows are my thing! They’re my look, they’re my staple,” Hill told Glamour. “I was crying, saying I couldn’t do it. And then [legendary makeup artist] Pat [McGrath] looks at me and she’s like, ‘Darling, it’s McQueen!’ So I did it.”

The Victoria’s Secret Angel follows in the footsteps of her idol, Gisele Bündchen (“She’s such a beautiful human being from the inside out. I’m her number-one fan,” Hill said), who also has a traumatic story of her first runway with McQueen.

In her memoir “Lessons,” Bündchen said she wept backstage at a 1998 McQueen show after learning she was meant to hit the runway topless. The makeup artist for that show cleverly painted a swath of white color on Bündchen’s chest to create the illusion of a top, and the rainy runway disguised her tears.

While Hill may share a harrowing experience with Bündchen, it was another famous model who helped her embrace her most prominent feature. “I’ve always loved Brooke Shields; she made me appreciate my eyebrows,” Hill said.