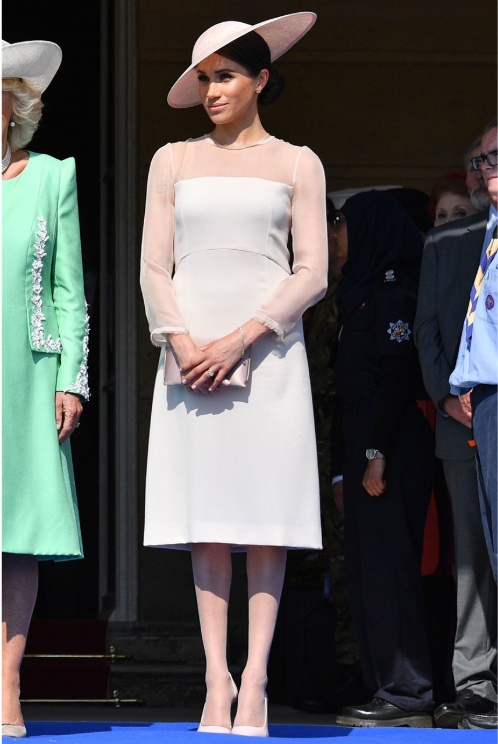 The website of a fashion label that made the dress Meghan Markle wore to a garden party at Buckingham Palace crashed yesterday as thousands of people tried to buy her outfit.

It’s thought that the Goat Fashion site crashed shortly after she was pictured in the £590 dress.

It isn’t the first time Ms Markle has been spotted wearing the fashion brand.

In a speech at the event, Harry paid a moving tribute to his father Prince Charles for his half century of service to the nation.

The prince, with his new bride, Meghan, standing next to the Duchess of Cornwall, praised his father for his dedication and pioneering.

He said his father’s “enthusiasm and energy are truly infectious” and his “passion and dedication are remarkable”.