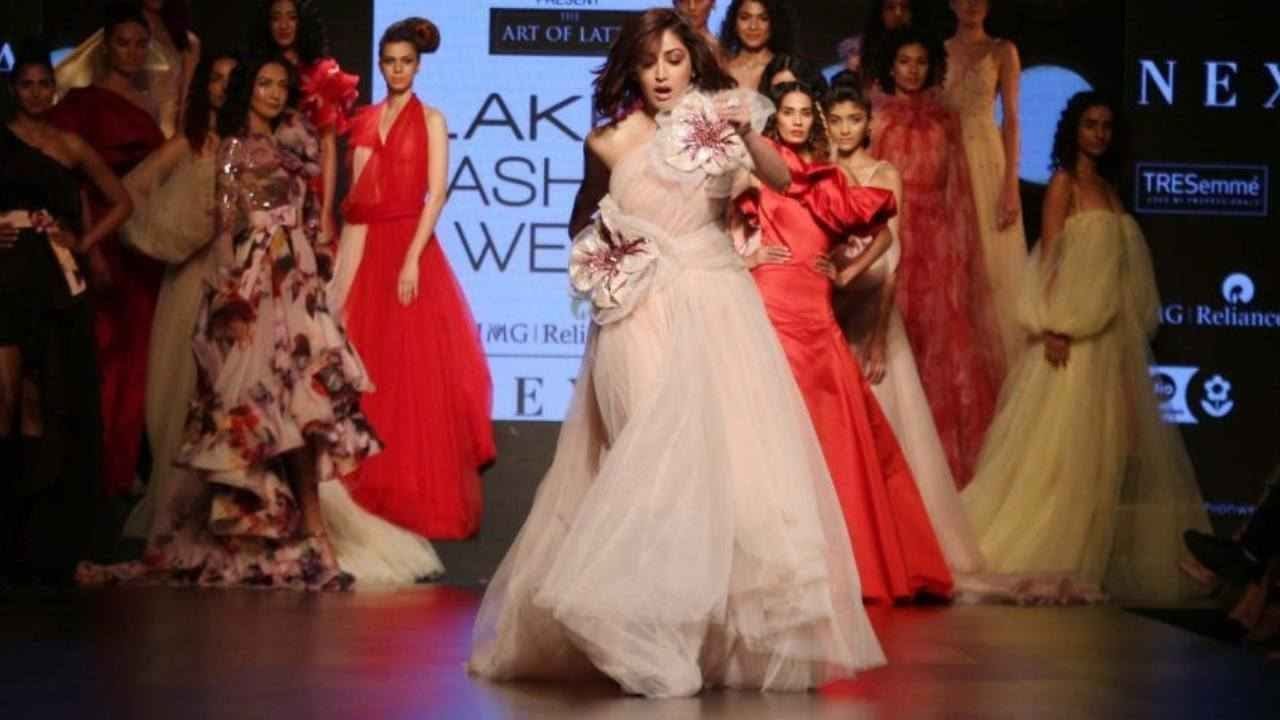 Yami looked gorgeous in a pale pastel gown. What was great about the whole attire was, she chose to wear boots instead of heels with the dress.
The always elegant actress Yami Gautam however had an oops moment as she almost tripped on the ramp of a fashion show. The Uri actress was the show stopper for the designer duo Gauri and Nainika at the Day 1 of Lakme Fashion Week 2019. The couture show themed as “The Art Of Latte” had flowy gowns inspired by the colour palette of coffee.

However, the moment she stepped on the stage, the actress slightly tripped. Yami handeled it like a boss as she regained her balance quickly and completed her walk with elegance while she gathered her gown on her way back.

Yami was last seen in the critically acclaimed film Uri: The Surgical Attack. The movie has already earned Rs 164 crores in India and is still going strong. We cannot wait to see her in her upcoming movie Agra Ka Daabra with Pulkit Samrat, Ayushmann Khurrana and Taapasee Pannu.