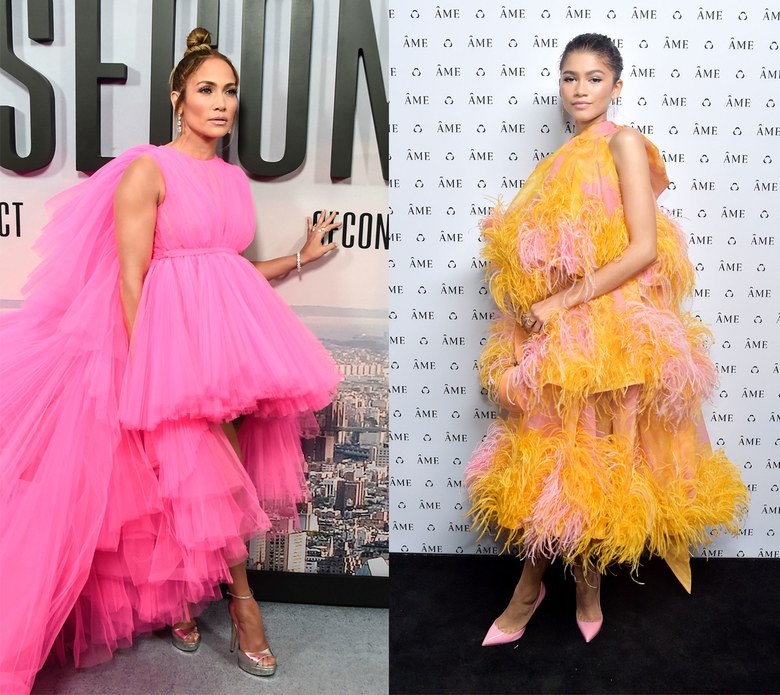 Zendaya and Jennifer Lopez Do the extravagantly Party Dress

On the red carpet this week, it was all about volume: Zendaya and Jennifer Lopez both shut down the step and repeat in extravagantly large gowns that were over-the-top and capital-E extra.

Lopez attended a screening of her new film Second Act in New York City wearing a hot pink tulle gown by Giambattista Valli. The sleeveless style featured mounds of tulle, layered and cut as though hacked with a chainsaw. Still, with its shaped waist and shortened hem at the front, it was surprisingly flattering. And her extra-long train served up a major moment that is quite unexpected for a standard film screening.

Prev. article
Two Arab contestants have made it to the Miss Universe 2018 final
Next article
Rita Ora Brings Back One of Fashion’s Most vintage Prints
TOP